"Mobile Control and Fireflash. This is Thunderbird 2. I'm ready."

Virgil Tracy is the second (or third?) of Jeff Tracy's five sons, and the pilot of Thunderbird 2.

Virgil's signature colour on his IR uniform is canary yellow.

Virgil was named by his parents after Mercury 7 astronaut Virgil "Gus" Grissom.

He is an accomplished graduate of the Denver School of Advanced Technology. This gave him the experience and knowledge to become the pilot of Thunderbird 2 and to operate its various complex auxiliary rescue vehicles (such as the Mole and the Monobrake) he is responsible for transporting to the danger zone.

Virgil has taken part in nearly all of International Rescue's rescue operations, with only a couple of exceptions. The most notable case took place in Terror in New York City, when Thunderbird 2 was attacked while returning to Tracy Island, rendering him incapable of joining the rescue attempt to save two men trapped beneath the ruins of the Empire State Building. And, as Virgil rarely co-pilots Thunderbird 3, he was not involved in the space rescue during The Impostors.

On two on-screen occasions, Scott has undertaken a rescue mission without the help of Virgil or Thunderbird 2. One was during the phony rescue at the start of Cry Wolf. Scott is seen returning from the second at the start of The Uninvited. Later in this same episode, Scott undertakes a mission alone and Virgil—although he is sent to find Scott when he disappears—proves to be unnecessary.

Virgil shares a compassionate side of responsibility with his brothers, never placing technology above human needs, even if it means placing his own life in danger. He has a mixed personality, that possesses physical strength and bravery with a gentler side of his hobbies of art and playing the piano.

Having finally arrived back on Tracy Island, after winning the Parola Sands motor car race, Alan agreed to pose for Virgil so that his brother could paint his portrait holding the golden trophy aloft.

When he had finished painting his masterpiece, he showed it to Alan; whereupon an angry and unimpressed Alan sent him, and Scott, down into the hangar below by activating the couch controls. 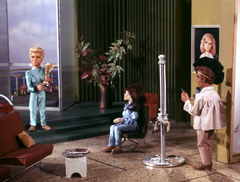 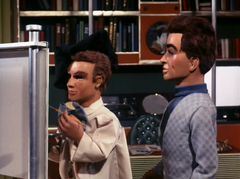 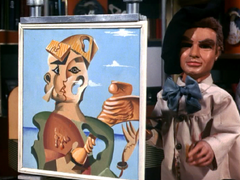 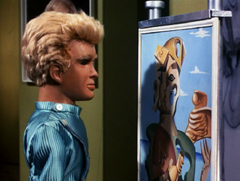 Virgil's artistic skills extend beyond portraiture: in Atlantic Inferno, he's seen in the Tracy Lounge working on a seascape; and he presents Brains with "your specially commissioned painting of Skyship One" - the high-tech airship Brains had designed - in the film Thunderbird 6. 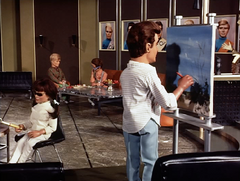 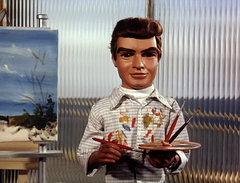 As the pilot of Thunderbird 2, Virgil is also the operator of many of the rescue Pod Vehicles - notably the Mole, the Firefly and the Elevator Cars.

When Alan was unavailable, he piloted Thunderbird 3 in Ricochet.

Virgil appears in all 32 television episodes. He also appears in the Thunderbirds 1965 anniversary episodes The Abominable Snowman and The Stately Homes Robberies. 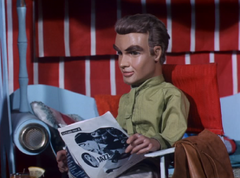 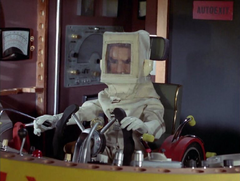 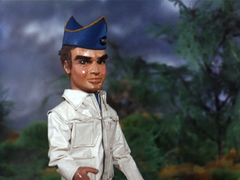 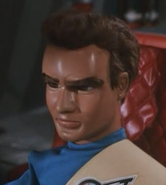 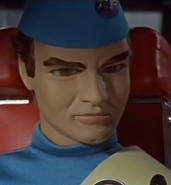 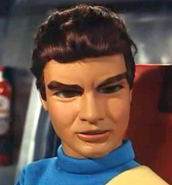 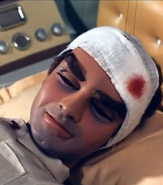 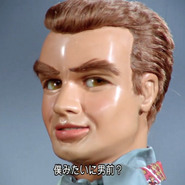 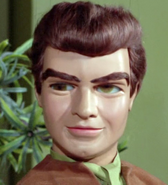 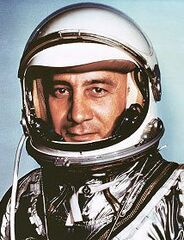 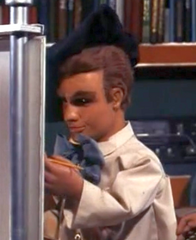 Painting with his left hand 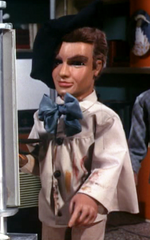 Painting with his right hand