Tin-Tin Kyrano is a stub
You can help Thunderbirds Wiki by expanding it.

"What we need is a nice quiet rescue to soothe our nerves."

Tin-Tin Kyrano is the daughter of Kyrano, the Tracy family's loyal manservant, and the half-niece of International Rescue's arch-enemy, the Hood. She's also the love interest of Alan Tracy.

She completed her education at one of America's finest universities, and enjoyed a tour around Europe. She was amongst the passengers aboard Fireflash, outbound from London, en route to joining her father on Tracy Island. But the aircraft was found to have been sabotaged: it could not land, without setting off a powerful bomb placed within it. This resulted in the first mission for International Rescue (Trapped in the Sky).

Tin-Tin's appearance and facial features may have been based on Jacqueline Kennedy, the former American First Lady at the time. Some of Tin-Tin's outfits resemble hers.

Her name is the Malaysian word for "sweet".

On Tracy Island, Tin-Tin assists Brains; on occasion, she also participates in rescue missions - accompanying Virgil, in Thunderbird 2, and into space with Alan, aboard Thunderbird 3.

Tin-Tin appears in every episode except Pit of Peril and Lord Parker's 'Oliday. She also appears in the movies Thunderbirds Are Go and Thunderbird 6. 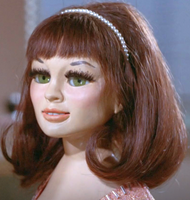 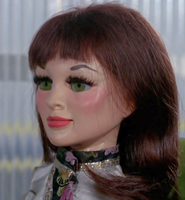 Blushing
(End of the Road) 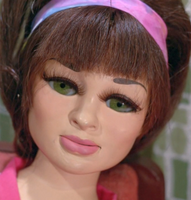 In a catatonic trance after being a victim to the Hood's hypnotic powers.
(Desperate Intruder) 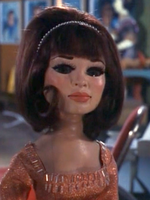 Heartbroken... (End of the Road) 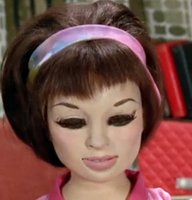 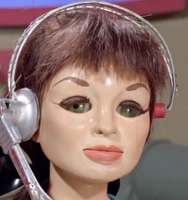 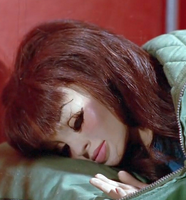 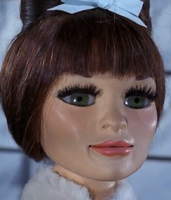 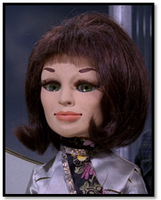 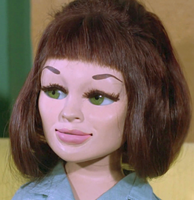 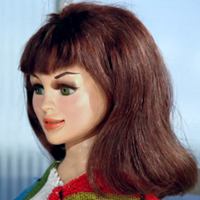 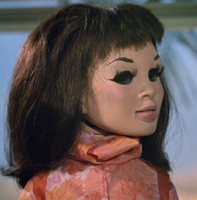 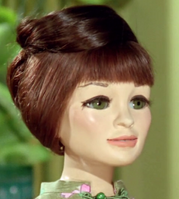