Thunderbird 4 is a yellow deep sea submarine constructed by IRO. Piloted by Captain Kallan James, the craft is usually stored aboard one of Thunderbird 2's six interchangeable Pods for ease of transport. Powered by an Olympic Mark VIII twin electric drive, Thunderbird 4 can reach depths of 11,000 metres while travelling at a maximum speed of 120 knots.

Though serving as IRO's primary undersea rescue craft, more specialised operations may require the use of Thunderbirds 13 and 14, both of which are permanently stored in Thunderbird 4's cargo hold. 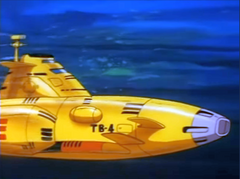 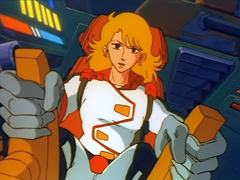 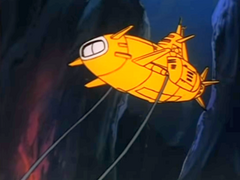 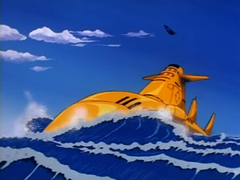