Thunderbird 3 is International Rescue's single-stage-to-orbit (SSTO) space vehicle, designed for space rescue and maintaining the systems and crew of Thunderbird 5. Like all the Thunderbird machines, it was designed by Brains. Its main pilot is Alan Tracy, with his brother, Scott, usually acting as co-pilot.

Thunderbird 3 uses chemical rockets for lift-off and boost, an ion drive for propulsion while in space, and chemical retro-rockets for reverse-thrust in space. It could travel from Earth to within range of the Sun in 65 hours. 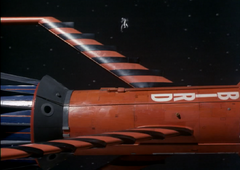 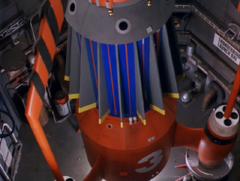 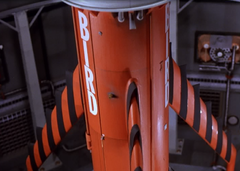 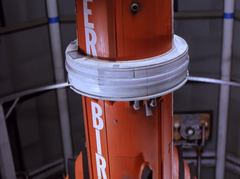 There are a number of levels within Thunderbird 3, accessed via a single-person lift. The primary cockpit is located at the uppermost level and contains the primary control console, seating for two and airlock access. A second room contains rescue equipment, including a control console for long-range transmissions such as a safety beam that can be used to trigger retros of distant space ships.

Its primary pilot is designated as Alan Tracy, although John is presumed to pilot Thunderbird 3 during space rescues when Alan is on satellite duty. (Both store their respective uniforms onboard, depending on who is "on call" at the moment; although John's is never actually seen there.)

Virgil has also been seen piloting Thunderbird 3, during a maintenance mission to Thunderbird 5 in Ricochet.

The interior of Thunderbird 3 was originally decorated in beige, red and light grey colours. However, like all of the Thunderbirds, it underwent redecoration and refitting to a darker colour scheme and more comfortable and secure seating. 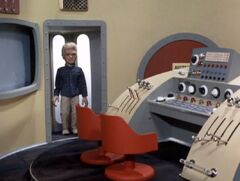 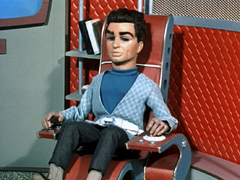 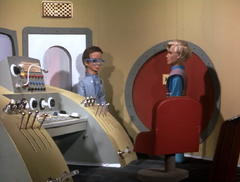 John prepares lift-off for home
"Stand by for blast-off." 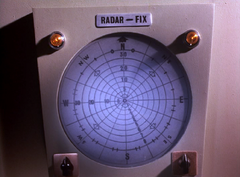 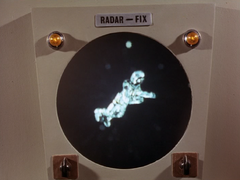 Thunderbird 3 has appeared in no less then eighteen different publications, but in only four basic designs, three of which are illustrated by Graham Bleathman.

For a full list of books and magazines which the cross-sections (cutaway drawings) appeared in, please refer to the above linked article. 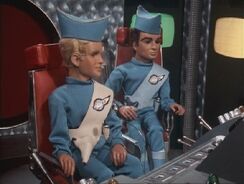 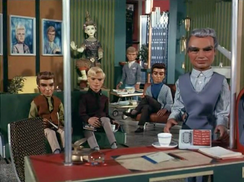 John on the settee 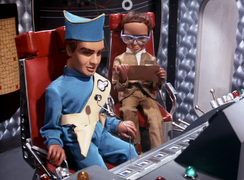 Virgil at the controls 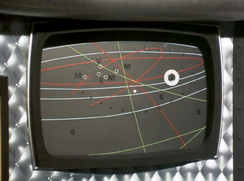 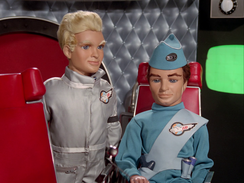