It is the transport vehicle for several smaller rescue vehicles held in pods, although its capacity for heavy lifting makes it useful in its own right during many rescues.

The craft's main pilot is Virgil Tracy, who is often accompanied by various back-up crew members including Gordon, Alan, Brains, and even John.

TB2 appears in all but one episode (The Impostors) of the Thunderbirds TV series, and both feature films - making it one of the most iconic Thunderbirds machines of all.

TB 2 is comprised of two parts: a framed superstructure, and a cargo pod. The frame incorporates the cockpit, wings, and fuel tank near the vehicle's front, and at the rear the engines and the tailplane, which serves to aid lift and stability.

Its middle, however, is hollow. Two stilts are located each at the front and back of the craft to hydraulically lift TB2 upward, allowing it to receive one of six pods - each equipped with its own undercarriage - available for different types of rescue scenarios. Once the pod of choice locks into position, TB2 is ready to depart for the danger zone. The craft is, however, completely capable of vertical takeoff and landing without the pod, but has less integrity this way. 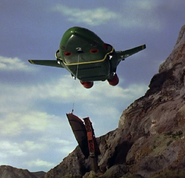 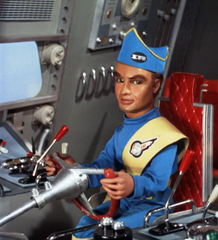 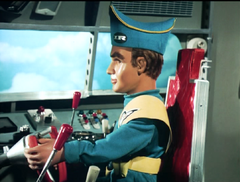 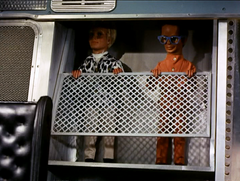 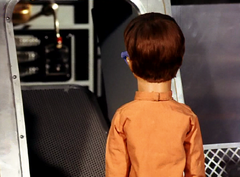 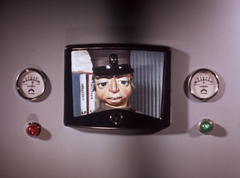 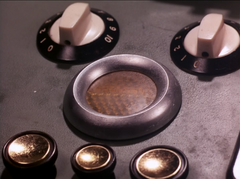 From aboard Thunderbird 1, Scott is able to photograph objects in a flypast and send them by radio waves to Thunderbird 2, where a Radio Camera Receiver can print out the pictures. This was used to good effect in Lord Parker's 'Oliday when Brains needed a closer look at the damaged solar generator. 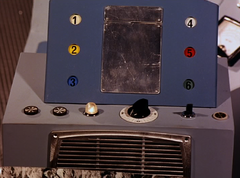 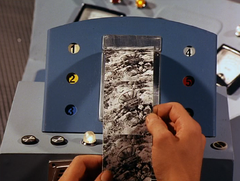 At some point, TB2's fight deck underwent a refit; the main difference was that the steering column was changed to a steering wheel, similar to what you would find in a car. 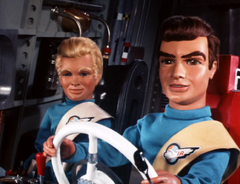 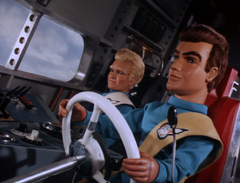 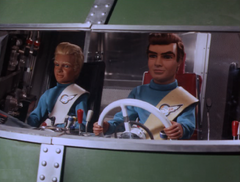 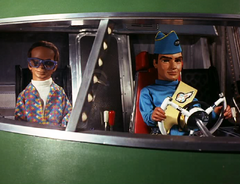 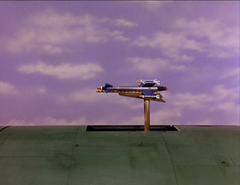 TB2 appears in all but one episode (The Impostors) of the TV series, and in both feature films (Thunderbirds Are Go and Thunderbird 6) - and is almost invariably in the thick of the action, due to its many specialized capabilities.

Thunderbird 2 has appeared in no less then twenty different publications - but in only four basic designs, three of which are illustrated by Graham Bleathman.

Main article: The Models of Thunderbird 2

At least 8 different models of Thunderbird 2 were constructed during the original run of Thunderbirds (including the films), and at least one was used in the anniversary episodes.

Numerous at-home construction kits have been released over the years since 1966, primarily by Japanese firms Imai and Bandai. 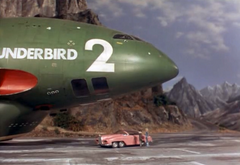 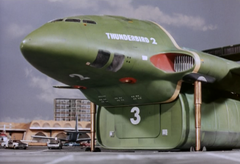 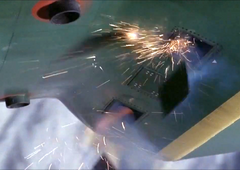 The retros being fired
(The Cham-Cham) 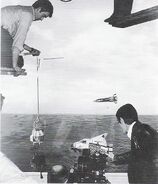 Ian Wingrove manipulating the grabs and Noel Rowland on camera
Community content is available under CC-BY-SA unless otherwise noted.
Advertisement