International Rescue faces their most dangerous mission ever when Tracy Island comes under attack.

Alan: "Ladies and gentlemen, welcome aboard the Zero-XL. This is your pilot, Alan Tracy speaking. Any questions?"
Gordon: "Is there a movie on this flight?"

Brains: "If we have any p-problems with the launch, we may end up a f-fireball."
Scott: "If we don't launch now, we're definitely going to end up a fireball."

Scott: "That was quite a ride."
Gordon: "Aside from regretting those tacos I had for lunch, yeah, I'm okay."

"It's the mission of a lifetime."

"This is your pilot, Alan Tracy speaking."

"Is there a movie on this flight?"

"This is your moment too."

"The Chaos Crew, they're here." 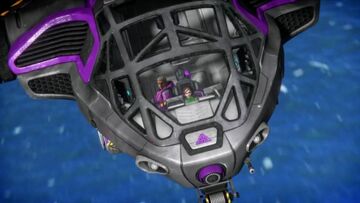 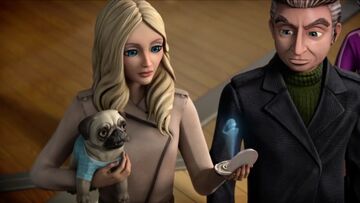 "If we have problems with the launch, we're going to end up a fireball."

"Going for throttle up... maximum power!"

"Standing by for the final aasembly."

"All five Thunderbirds are locked in."

"Let's hope they stay that way."

Grandma's message before they leave the orbit 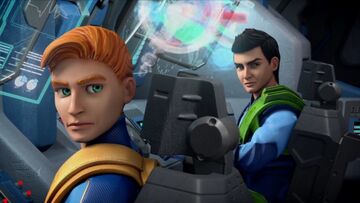 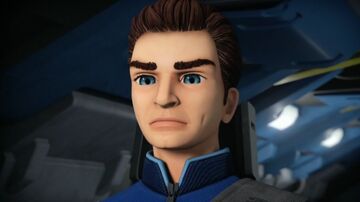 "Thunderbirds are locked in tight."

"Did that just feel weird?"

"They came to check if we're all right."

"Do you think the boss' plan will work?"

"If it does, they'll never see it coming."

They take the Thunderbirds to the planetoid.

"But what about Dad?"

The planetoid is breaking apart

"Where could you be?"