Thunderbirds Wiki
Register
Don't have an account?
Sign In
Advertisement
in: Season 1, Episodes, The Cham-Cham,
and 2 more

"The Cham-Cham" is the twenty-fifth episode of Thunderbirds season 1, first broadcast on 24th March 1966.

Brains determines that someone's using a Cham-Cham (a Cham-Cham?) to electronically edit the melody of a popular band's hit song, and then use it to send details of strikes against military aircraft, every time the song - Dangerous Game - is broadcast live. To find and stop that "someone," Jeff Tracy sends Lady Penelope to a grand hotel up in the Swiss Alps...where she and Tin-Tin go undercover to observe the band, The Cass Carnaby Five, in performance... 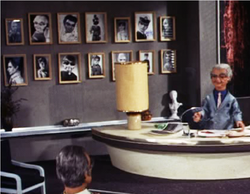 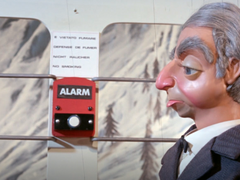 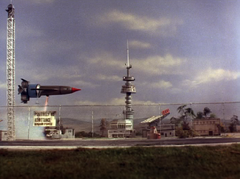 Scott lands at the base 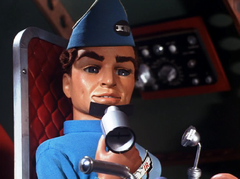 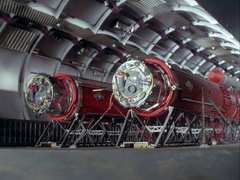 For a contemporary (or at least in the 1990's) audience, Thunderbirds underwent a repackage, redub, and rebroadcast as part of FOX Kids' Saturday morning line-up. Due to a severe decline in ratings, though, only half of the episodes made it to broadcast before the series was pulled by the network. As a result, the modified version of The Cham-Cham never aired - and remains, to this day, among a handful of missing Thunderbirds episodes.