The Abominable Snowman is the second Thunderbirds 1965 episode, successfully funded through Kickstarter on August 9th 2015.

The Abominable Snowman is a visualization of the 1960s audio story F.A.B..

When reports come in from the Himalayas of kidnappings carried out by the Abominable Snowman, International Rescue sends Lady Penelope to investigate. She soon reveals the dark truth, and finds herself a prisoner of The Hood — who will stop at nothing to get the secrets of the Thunderbird machines. Can International Rescue save Penelope in time?

Over the uranium factory

Thunderbird 2 flying through a snowstorm 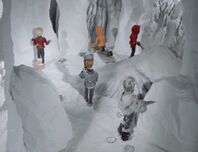 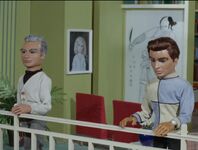 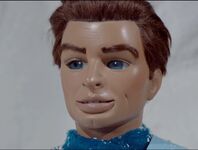 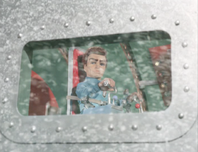 ...and for the desert Jeep 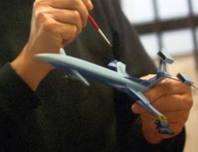 The main characters in this episode have a number of lines of dialogue not found in the original Century 21 audio-story. The audio for those lines was lifted from various Season 1 TV episodes:

During the time the episode was in production, a number of stills were released to the public.