Curtis later provided invaluable assistance on The Complete Book of Thunderbirds, and received thanks on Century 21 FX Update for his help and contributions to the book.

The book appears to be an Academy Players Directory. 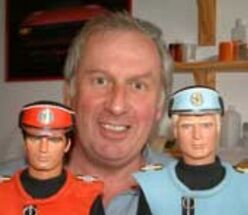 A much more recent photograph of Terry Curtis