"Shockwave" is the eleventh episode of Thunderbirds 2086, and first produced overall. The episode (and series) made its debut in Japan on April 17, 1982.

A Lunar Space Bus filled with school children is thrown into danger when the nearby Gilden Space Station explodes. To make matters worse, the Station's destruction triggers Operation Shockwave, a global defence protocol that could devastate the Earth. The Thunderbird team are subsequently left with the dilemma of choosing whether to save the Bus before it burns up, or save the United States from a missile crisis.

"Here kid, you look as if you could use one."

"That's not fair, you stupid robot!" 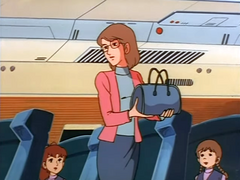 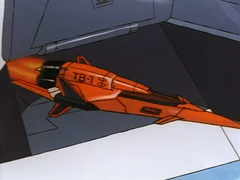 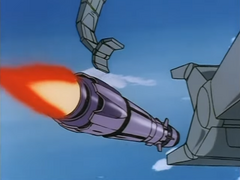