Security Chief Joe is a character from Give or Take a Million. He is the security chief for the Second National Bank.

As security chief of the Bank, one of Joe's responsibilities is to lock the main safe at night. With the help of Preston, the touch-sensitive vault floor is tested with a stick before reporting to the Bank Manager that the Bank is secure. 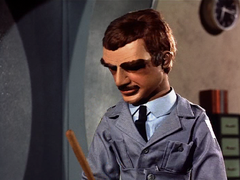 Joe gets Preston to test the floor. 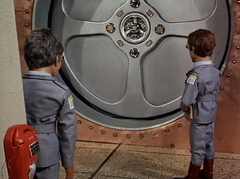 The vault door is locked 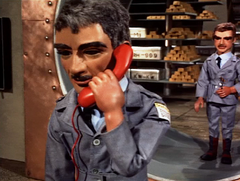 Latter that night, Joe and Preston are in the Security office, when suddenly the alarm goes off. Preston checks the security camera, and finds a hole has been cut into the vault and the gold bars missing!

They both dash next door to Harman's Department Store, to discover the thieves have escaped. Toy Packer Tanner has seen nothing so they guess they must be in the container. Joe makes a phone call to stop the rocket from tacking off, but its too late the rocket is on its way to the Coralville Children's Hospital. 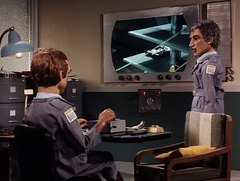 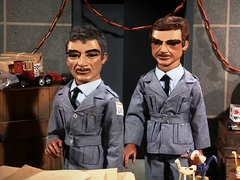 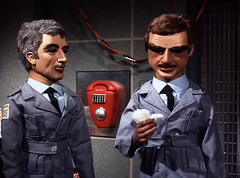 "They're in the canister." 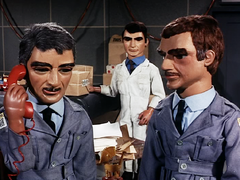 The photographer in Move and You're Dead

A reporter (The Mighty Atom)

On board Fireflash, sitting behind Parker. (The Impostors)

In The Man from MI.5

In Vault of Death