"The things I do for International Rescue!"

Scott Tracy is the eldest of Jeff Tracy's five sons, and the pilot of Thunderbird 1. He is 30 years old.

Scott's signature colour on his IR uniform is light blue.

Scott was named by his parents after Mercury 7 astronaut Malcolm Scott Carpenter.

He was educated at Yale and Oxford Universities and joined the United States Air Force. After his father created the International Rescue organisation, Scott became the pilot of one of the five special IR crafts, Thunderbird 1.

As the pilot of TB1, Scott is always the first to arrive at the Danger Zone where he assesses the situation and quickly determines which special rescue equipment would be required for the task, such as rescuing men trapped in a flooded mine. (Martian Invasion).

Scott is fast-talking, quick-witted, and quick-thinking. He has brains, brawn, and boldness. With all these qualities he has the confidence to make instant decisions, backed by a fierce determination and unfaltering bravery. When off duty, Scott is relaxed and good-humoured and loves home cooking - notably, Grandma Tracy's apple pie (The Uninvited).

In the absence of his father, Scott takes command of the main headquarters on Tracy Island.

Scott appears in all 32 television episodes, as well as both movies (Thunderbirds Are Go and Thunderbird 6).

He also appears (via both new and archival footage) in all three episodes of Thunderbirds 1965.

The Perils of Penelope[]

Piloting Thunderbird 1 (in civvies, not his usual IR uniform), Scott returns home from leave to Tracy Island - and learns from Jeff that a major rescue operation involving Alan, Gordon, Virgil and Parker, is underway...

The only rescue in which Scott doesn't directly participate! 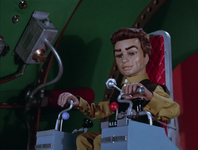 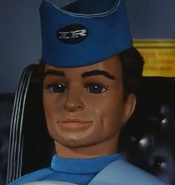 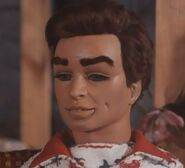 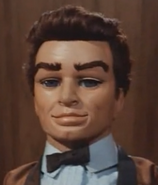 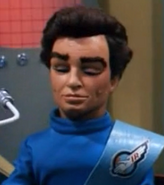 "Blinker" (Give Or Take A Million) 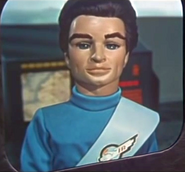 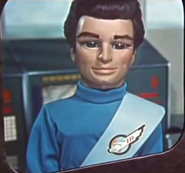 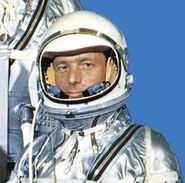 Scott in the trailer for Thunderbirds: IR