A typical issue had comic strips, (containing real photographs from the episodes), competitions, puzzles, and quizzes.

The main feature of the comic was the center page spread of a cutaway drawing by Graham Bleathman. Another illustrator called Lee Sullivan produced many of the covers for the series.

The comic had 32 pages and the original copies retailed for £1.45. This went up to £1.50 by issue No. 8, and kept on rising steadily with inflation until reaching £1.95 by issue 89. For the first 10 issues the comic was published monthly moving to 3 weekly from issue 11. Throughout the comic the young reader was encouraged to remove pull-out sections or colour in pages, making it very hard for collectors to find copies in a pristine condition. To make matters worse, every issue contained a free gift sellotaped to the front cover. If the gift was removed, the magazine would get tarnished in the process.

By issue number 59, Thunderbirds had not been seen on British television for some time, and interest in the comic faded below acceptable sales figures. In an effort to regenerate interest, it was renamed "Thunderbirds Extra" and the first issue was numbered 64. Numbers 60, 61, 62 and 63, very few were sold.

Another reason for the re-launch was that it was the 40th year since the first television screening of Thunderbirds. The publication was again cancelled after only 26 further issues, and thus finally brought to a close at issue number 89.

Every magazine has a "pocket money toy" sellotaped to the cover, this list contains some of the more sought-after by collectors.

One of the most sought-after collectables from this comic series, was the Thunderbird flyers. Better known as Frisbees, all five Thunderbird craft were released on the covers of the comic, but you had to wait until issue 37 to get the last one (Thunderbird 1) to complete a set. 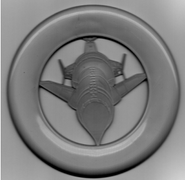 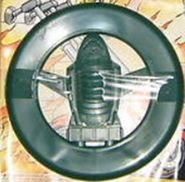 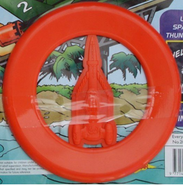 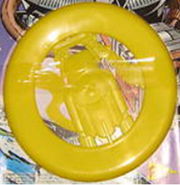 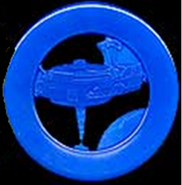 A Thunderbird hat was given away free with issue 28, and was similar in design to the much rarer ones released in 1965 by Berwick Toys and TV21 magazine

similar design given away with TV21

Dutch version of issue no. 3
(Renumbered as no. 1)