Thunderbirds Wiki
Register
Don't have an account?
Sign In
Advertisement
in: Classic Thunderbirds, Pit of Peril, Equipment,
and 4 more

The Recovery Vehicles are two powerful pulling machines that fire magnetic grapples capable of pulling heavy weights, such as planes or trains, out of places like pits or rivers. One of them is manned, the other remote controlled. The Recovery Vehicles only appear in the episode Pit of Peril, where they are used to pull the massive Sidewinder out of a burning pit. The quartz windscreen is Cahelium- strengthened. 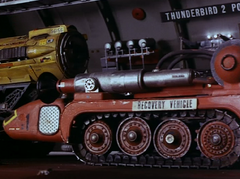 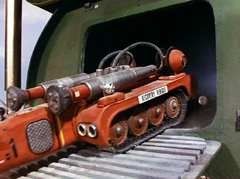 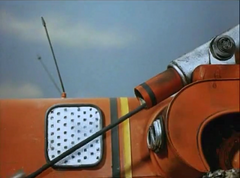 A master recovery vehicle and remote subsidiary can be co-ordinated as a pair, to fire clamp-tipped lances connected to 800-foot hawsers at an imperilled vehicle or hazardous structure in order to drag it from a dangerous position. The clamps are launched by powerful compressed-air cannons and are electro magnetic, capable of hauling weights up to 75 tons. 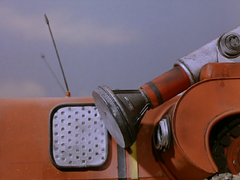 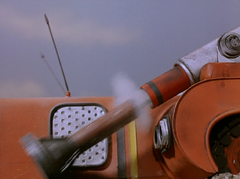 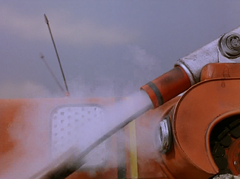 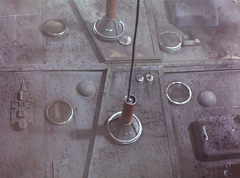 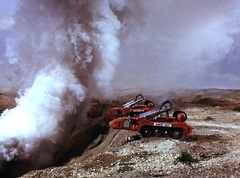 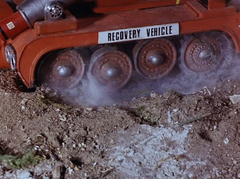 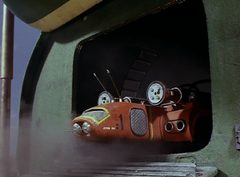 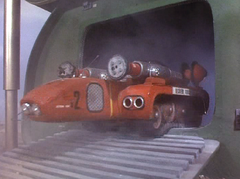 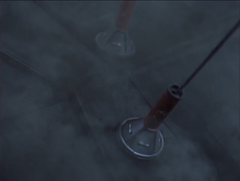 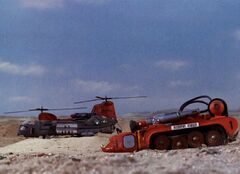 Recovery Vehicle 1 and the US Army Helicopter. 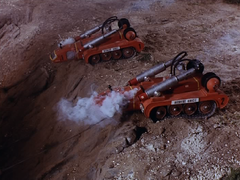 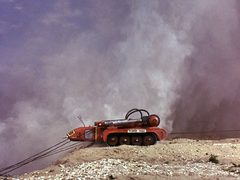 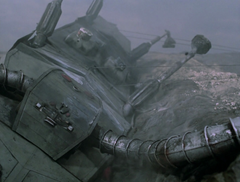 Sidewinder being dragged out of the pit 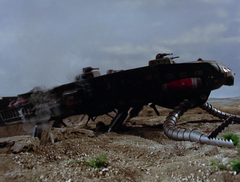 As far as is known, only two cutaway drawings of the Recovery vehicles exists. Both were illustrated by Graham Bleathman. One appears in a Redan comic that was published in the 2000s, and the other featured in the Haynes Thunderbirds manual. The former cutaway drawing is of the Master recovery vehicle.

The cutaway was republished by Redan in issue number 76, the only difference being the data was changed to metric.