"OK, come outta there! And keep your hands up!"

The reactor station guard is a character from The Mighty Atom. He worked as a security guard at the atomic power station situated in eastern Australia, where he encountered the Hood and tried to catch him. 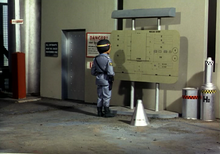 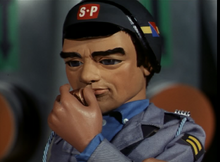 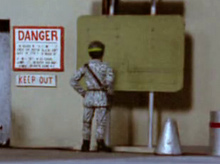