International Rescue must save a hydro-dam after the Mechanic sabotages it. Scott crawls inside to rescue the crew while Virgil and Gordon attempt to seal a growing crack in the dam.

Gordon: "I just have one question. If you drop me off, how are you gonna get the pods out?"
Virgil: "Glad you mentioned that. Better hold on to something."
(The module is lowered and it opens.)
Gordon: "Hey, what are you..." (Thunderbird 4 falls out of the module, skips along the water, and sinks in.) "Okay, that was awesome, but, a little more warning next time?"
Virgil: (laughs) "It was Alan's idea."
Alan: (chuckles) "Sorry, Gordo!"

Gordon: "By the way, this stuff washes off, right?"
Virgil: "Uh, no, that's the point."
Gordon: "Oh, just checking."
Virgil: "You didn't get any on Thunderbird 4, did you?"
Gordon: "Let's focus on the positive, shall we? Like we saved the whole town today!" 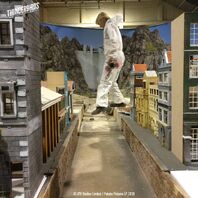 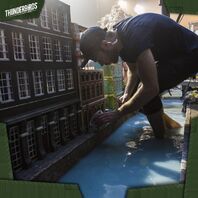 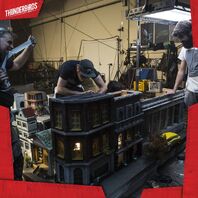 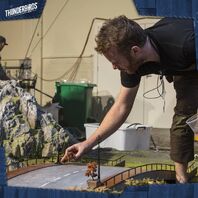 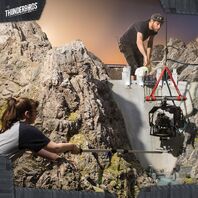