Pod 6 is a stub
You can help Thunderbirds Wiki by expanding it.

Carrying Pod 6, Thunderbird 2 was used to carry the Transmitter Truck to Mount Arkan. The Neutralizer Tractor and Laser Cutter Vehicle were also in the pod but went unused.

After Scott has been shot down in the Sahara Desert by three unidentified fighter planes, Virgil, Brains and Tin-Tin soon arrive in Thunderbird 2 carrying Pod 6. 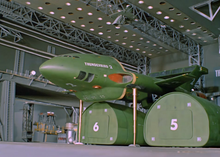 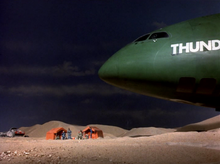 Virgil is seen picking up Pod 6 after putting out a burning oil rig with the Firefly. This episode (the 13th by production order) marks the final appearance of Pod 6. 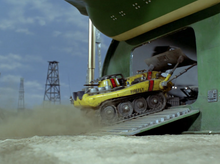 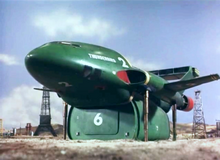 The Monobrake is transported to the Anderbad Tunnel in Pod 6. 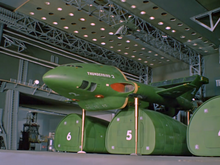 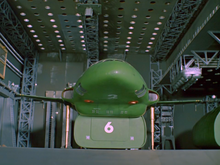 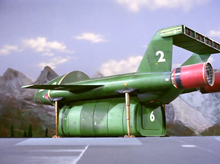 Notice the flap at the rear. 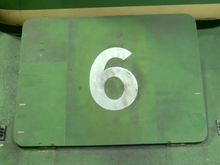 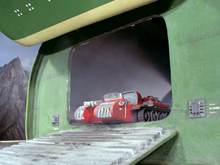 The Monobrake exiting by the front

Cameo in Thunderbirds Are Go
Community content is available under CC-BY-SA unless otherwise noted.
Advertisement