In addition to three general-purpose pods, a laboratory-equipped pod (Pod 5) is available for use on rescue missions, and transported to the danger zone by Thunderbird 2.

The small, well-equipped facility allows Brains to conduct on-the-spot research, and carry out essential experiments - as he does in Pit of Peril, when he, Scott and Virgil study close-up images of an enormous smoldering pit, into which the Army's unwieldy Sidewinder vehicle (and its crew) has toppled... 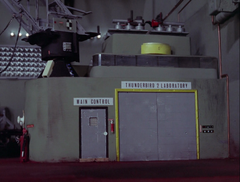 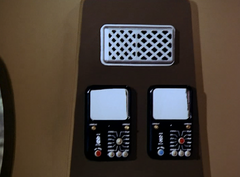 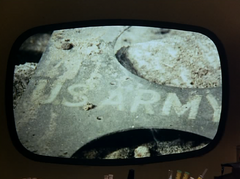 After Thunderbird 2, with Virgil and Brains, arrives at the danger zone, Scott joins them in the laboratory pod. The three IR members watch the video footage of the depths of the pit, taken by Thunderbird 1's remote camera. Brains realizes the pit is, in fact, an open-cast mine - one which had been used as a military equipment dump after the Second World War.

He shows Scott and Virgil a plan he has drawn. Its first phase involves Virgil being lowered into the pit to lay explosive charges, after which Scott will retrieve him using the Mole. Once the charges detonate, they'll remove the walls of the pit - so that the Sidewinder can then be dragged up to the surface, and out of danger, by the Recovery Vehicles... 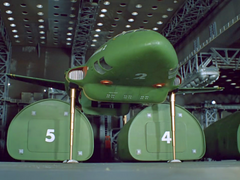 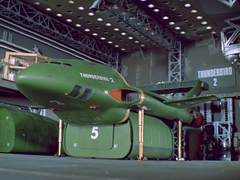 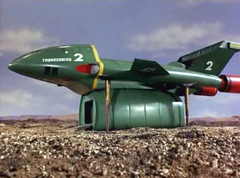 At the Rescue Zone 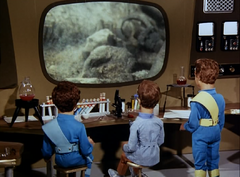 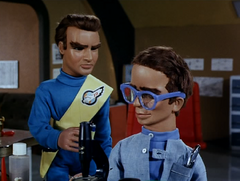 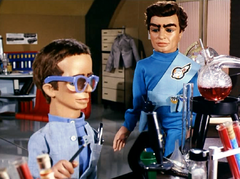 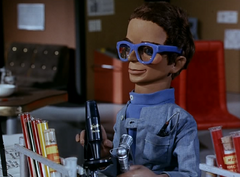 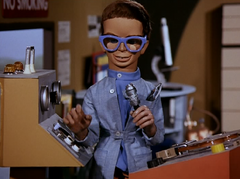 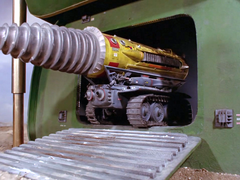 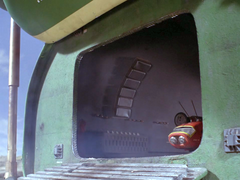 In 30 Minutes After Noon, Pod 5 was used to transport the Laser Cutter Vehicle to the Plutonium Store. 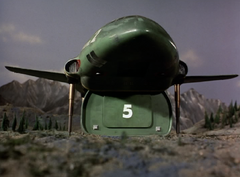 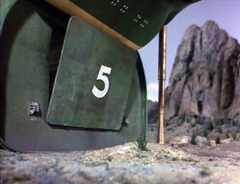 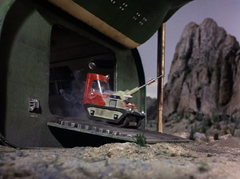 In Desperate Intruder, Pod 5 was used to transport Brains' Desert Jeep and the Mobile Control Room to Lake Anasta. 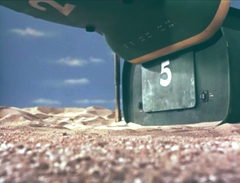 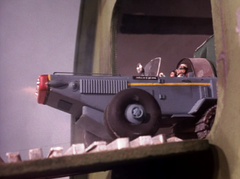 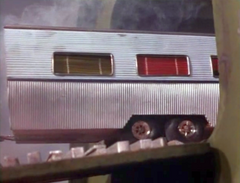 In Vault Of Death, Scott asked Virgil to bring Pod 5 with him to London. The only equipment used in the rescue was some drills and 2 hover bikes. 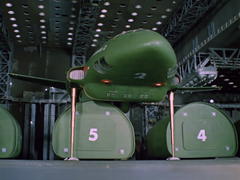 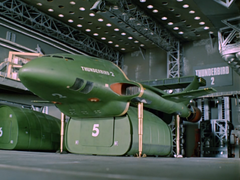 Vault of Death
(Reused clip from Pit of Peril)

In Move - And You're Dead, Pod 5 was used to transport the BR2 Lightning 505 to Parola Sands Raceway. 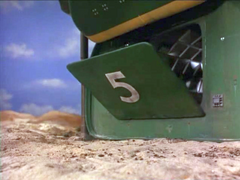 In Martian Invasion, it was used to bring the Excavator to the Rescue Zone. 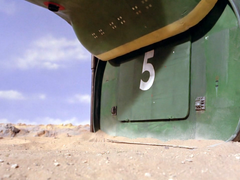 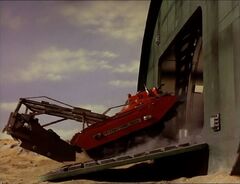 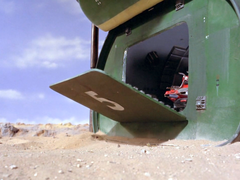 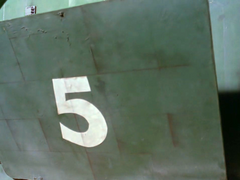 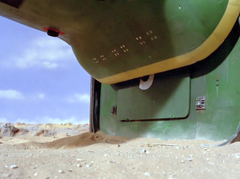 In Thunderbirds Are Go (film), Virgil took Pod 5 on his mission to escort the second Zero-X. No action was required.

In the Haynes Agents' Technical Manual, it is stated that Pod 5 has a storage platform (description follows):

The only cutaway drawing of the Laboratory pod, was published in the Haynes Agents' Technical Manual

The picture of Brains in the opening credits shows him at work inside the Pod 5 laboratory. 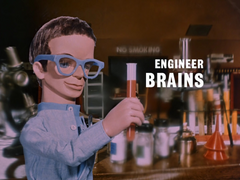 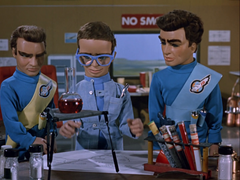