Peter Dyneley (13 April 1921 – 19 August 1977) was an English actor. Although he appeared in many smaller roles in both film and television, he is best remembered for supplying the voice of Jeff Tracy for the TV series Thunderbirds and its two film sequels, Thunderbirds Are Go (1966) and Thunderbird 6 (1968), all produced by Gerry Anderson.

Born in Hastings, East Sussex, England, Dyneley spent his early years in Canada but was educated at Radley College in Oxfordshire, England. With his Canadian background, Dyneley frequently performed with a North American accent. He acted primarily in stage productions prior to 1954, when he turned his attention to film. On stage and in film, he regularly appeared opposite his second wife, the actress Jane Hylton, whom he met on the set of the horror film The Manster (1959). He also appeared as a guest star in many television series. He also voiced Jeff Tracy (as well as all his other roles) in all 32 episodes and both the films in French, Spanish and German. 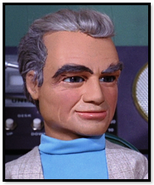 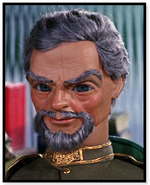 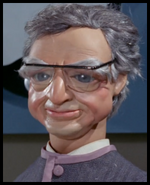 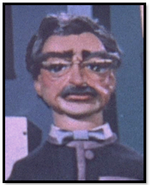