Thunderbirds Wiki
Register
Don't have an account?
Sign In
Advertisement
in: Season 2, Episodes, Path of Destruction,
and 2 more

Not to be confused with the 2015 episode of the same name.

"And believe me, fellas, Sanchos cooks his beef in a very special way."
— Jansen

"Path of Destruction" is the second episode of Thunderbirds season 2, first broadcast on 9th October 1966.

When the crew of a massive deforestation machine called Crablogger is overcome by food poisoning, the behemoth careens uncontrollably through a South American rainforest. By the time International Rescue arrives at the danger zone, Crablogger has totally levelled a nearby village; and once Scott and Virgil Tracy and Brains have overtaken it, they must depend on Lady Penelope - in far-off England - to secure the vital deactivation codes from the vehicle's designer, before even greater destruction ensues - at the newly-built San Martino Dam, which stands squarely in Crablogger's path... 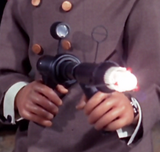 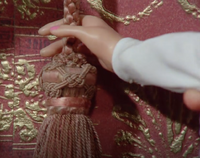 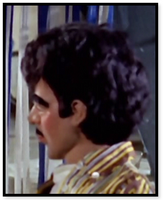 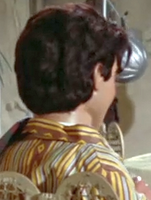 The Crablogger cuts a tree with its saw

The Crablogger depositing pulp canisters into its collection vehicle

The unstable ground beneath Crablogger starts to give way...

...sending it tumbling over the precipice...

...where it finally explodes
Community content is available under CC-BY-SA unless otherwise noted.
Advertisement