Thunderbirds Wiki
Register
Don't have an account?
Sign In
Advertisement
in: Brink of Disaster, Classic Thunderbirds, Land Vehicles,
and 4 more

It is fully automated to prevent major crashes, but this was foiled when a real emergency occurred.

Warren Grafton takes Jeff Tracy, Brains and Tin-Tin Kyrano to the brink of disaster, when a Helijet crashed into the Pacific Atlantic Monorail bridge. 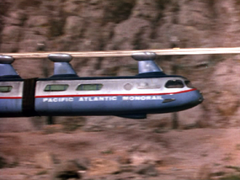 Side view of the Pacific Atlantic Monotrain 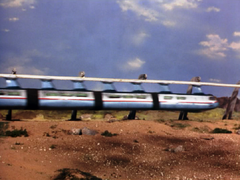 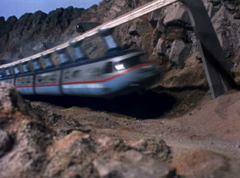 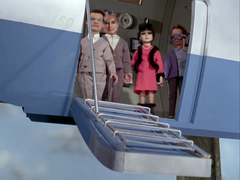 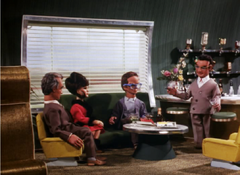 The second carriage incorporates a first class lounge and bar 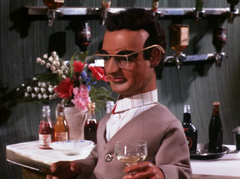 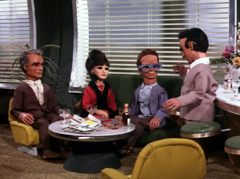 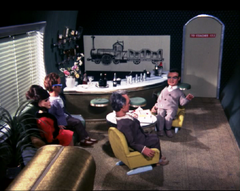 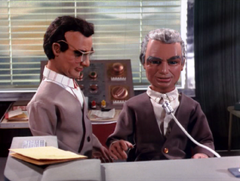 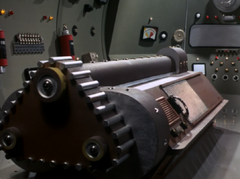 Main monitoring power unit: this prototype is completely automated and as a consequence the monorail cannot be stopped in an emergency 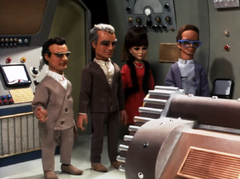 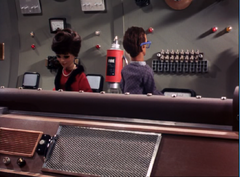 To The Brink Of Disaster

On the Monotrain, Jeff calls International Rescue as Brains attempts to re-activate the brakes. He fails twice, but eventually manages to stop the train - right in the middle of the collapsing bridge. 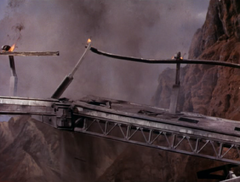 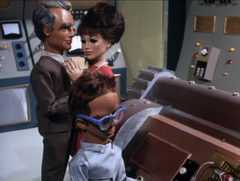 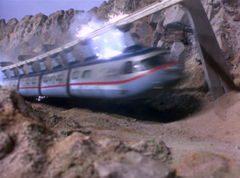 The train slows down 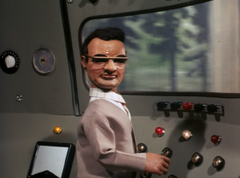 "We're running out of track!" 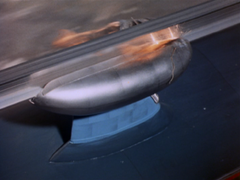 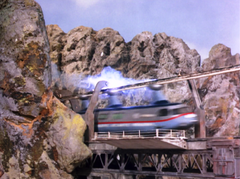 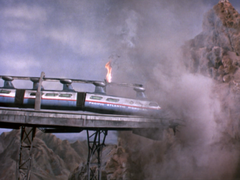 Stopped in the nick of time 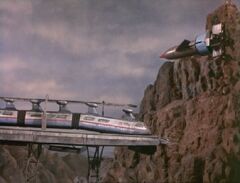 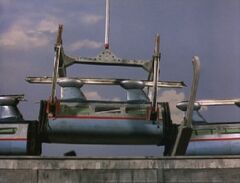 Thunderbird 2 grabs the carriage with Jeff and everyone trapped inside. 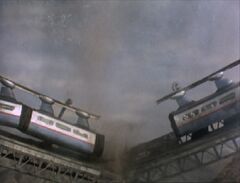 As far as is known, only two cutaway drawings of the monotrains exist. Both were illustrated by Graham Bleathman. The first appeared in a Redan comic, and the other featured in the Haynes Thunderbirds manual.