"Metal Head" is the nineteenth episode of Thunderbirds 2086, and twentieth produced overall. The episode first aired at an unspecified point after 1982.

A promising visit to Vancouver turns into a fight for survival, when Senator Ripple and his crew become trapped within Metal City. The domed compound is under the control of Metal Head, an experimental 'living' computer forged from a portion of Dr. Budd's mind. The Thunderbird team must put their ingenuity to the test and find a way to bypass Metal Head's massive Droid army and rescue the hostages.

"Hey, you know what we do with runaway droids down where I come from, huh?!" 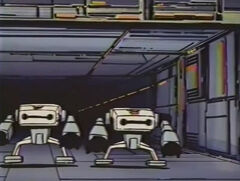 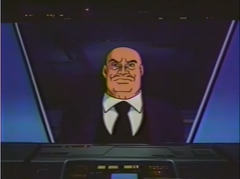