"You listen to me. We're in serious trouble."

Loman is technician of the unlicensed pirate television satellite KLA in Ricochet.

Orbiting the earth is the unlicensed pirate television satellite, KLA. On board are DJ Rick O'Shea and his engineer, Loman. 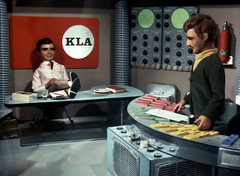 Loman at his controls desk 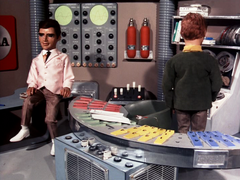 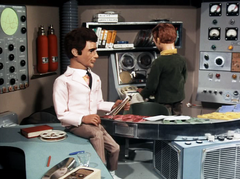 The destruction of a faulty Telsat 4 rocket, is too close for comfort and causes damage to the pirate satellite. Loman realizes that their satellite is headed for re-entry and their breaking parachutes will not operate. 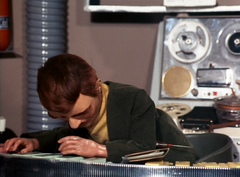 The satellite is shaken by the blast. 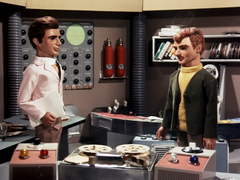 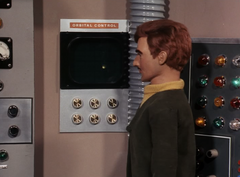 In a spacesuit, Loman goes outside to assess the damage but becomes trapped in the airlock when the inner door will not open on his return. 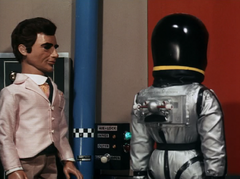 Loman puts on a spacesuit. 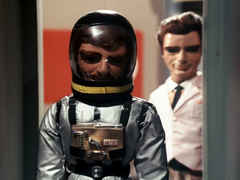 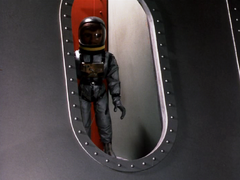 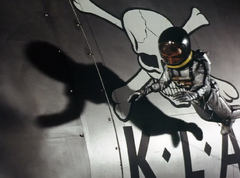 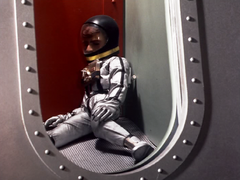 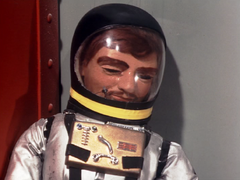 A Call For Help

Unable to open the airlock, O'Shea uses their transmitter to call for help, but the call goes unheard on Thunderbird 5. Fortunately, Tin-Tin Kyrano is watching KLA and alerts Jeff Tracy, who dispatches Virgil Tracy and Brains in Thunderbird 2 and Alan Tracy with Scott Tracy in Thunderbird 3. As KLA begins re-entry, Alan space-walks across to the satellite using rocket thrusters, rescues the unconscious Loman from the airlock and returns him safely to Thunderbird 3. 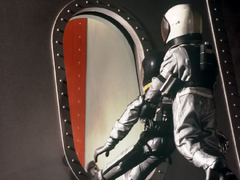 Alan pulls Loman out of the airlock 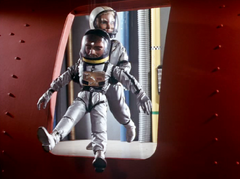 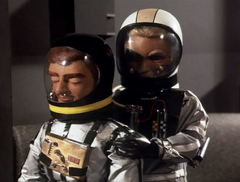 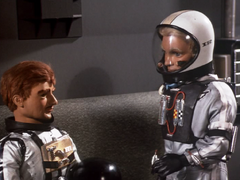