Thunderbirds Wiki
Register
Don't have an account?
Sign In
Advertisement
in: Classic Thunderbirds Characters, Heroes, The Tracy Family,
and 48 more

Jeff Tracy is the founder and head operative of International Rescue.

Jeff's signature colour on his IR uniform is gold.

The eldest of three sons (see note, below), Jeff was born in Kansas to a wheat farmer, Grant Tracy, and his wife (aka Grandma Tracy).

At a young age, he became a Colonel in the United States Air Force before transferring to the Space Agency - where he counts himself as one of the first astronauts to land on the Moon, during the beginning of its colony.

He married Lucille (Lucy), and they had five sons - Scott, John, Virgil, Gordon and Alan - each named after one of the famous Mercury 7 American astronauts (Carpenter, Glenn, Grissom, Cooper and Shepard, respectively).

Following the tragic deaths of Grant and Lucille, Jeff abandoned his space career to raise his sons, with the able assistance of his mother. He also further built-up and diversified his family's agricultural-business combine; and his talents of civil and construction engineering made him one of the richest men in the world.

After reading a news report of a tragic air crash in which eighty people died, the main cause being inadequate rescue equipment and crafts - and, reminded anew of his own family's tragedy - he decided to use his wealth to create the International Rescue agency, which he succeeded in doing two years later.

Jeff's military experience and business acumen, accumulated over the years, are reflected in his personality. At heart, he's an intelligent and kind person, with a good sense of humour. That said, he runs a tight ship - knowing full well that any slip-up could mean the difference between life and death for those in need of rescue, and also the security of his secret organisation. Nevertheless, he's always willing to compromise, if the situation calls for it - because, as he puts it in Thunderbirds Are Go, "Rules were made to be broken!"

As International Rescue's head operative, Jeff is the first to receive calls for help via Thunderbird 5, and to put the mission into action straightaway. He communicates to his sons and other fellow IR Agents from the main headquarters on Tracy Island.

He is so devoted to his duties that he rarely takes any time off, as he knows there is always someone who needs rescuing.

Jeff appears in all 32 television episodes, and both feature-films (Thunderbirds are Go and Thunderbird 6). He would later go on to feature in all three of the Thunderbirds 1965 anniversary episodes. 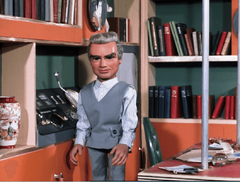 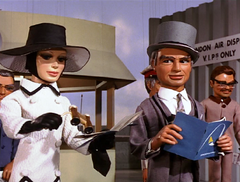 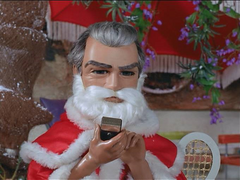 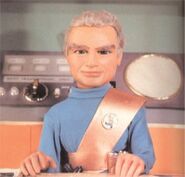 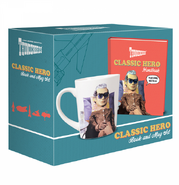 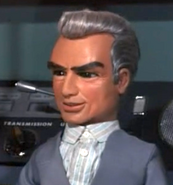 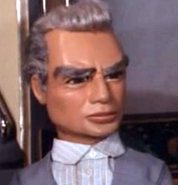 Season 1 "Frowner"
(The Perils of Penelope)

"Blinker"
(Give or Take a Million)