Hector McGill is a character from Attack of the Alligators!. He is the assistant of Dr. Orchard.

They live in a lonely house on the Ambro River. Orchard has found a rare plant (Sidonicus americanus), that grows only in this part of the Ambro River. From it, Orchard has developed a food additive called theramine, which greatly increases the size of animals fed with it. This discovery obviously has great potential as a solution to the world food shortage, and even greater financial implications.

Visitors to the House

McGill's boss (Dr. Orchard) receives a visit from Blackmer who is interested in the new food additive called theramine. A violent storm breaks out so Blackmer stays the night. 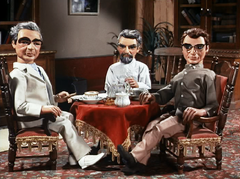 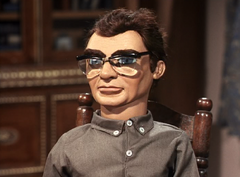 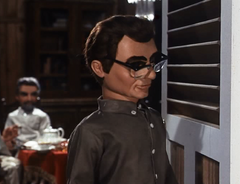 Sitting in the lounge, the trio listens as the storm rage, doors creek and light dim, the door swings open and a ghostly sight is seen at the top of the stairs. McGill goes to investigate, and to his relief finds its only Mrs. Files lit up by lighting, coming through the window. 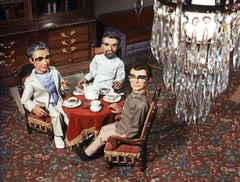 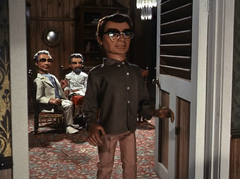 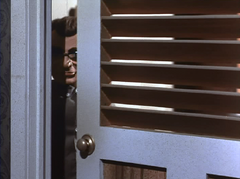 In the morning McGill notices that the theramine has been tampered with. He calls Dr. Orchard, seconds after which they hear gunfire and screaming coming from the river. Curious, they make their way to the front door to investigate the commotion. 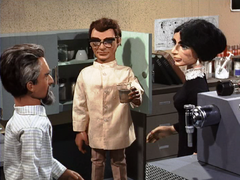 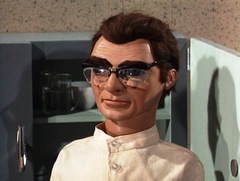 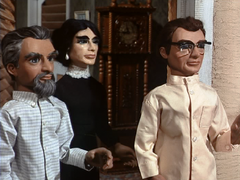 McGill to the Rescue

McGill races over to help in a motor boat, but there is no sign of Culp. He drags Blackmer out of the water and returns to the jetty with a alligator in fast pursuit. They both manage to get back in the house by a side entrance. 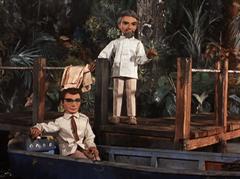 McGill to the rescue 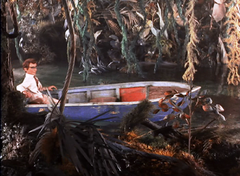 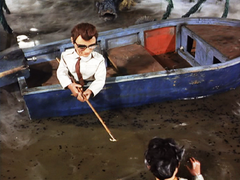 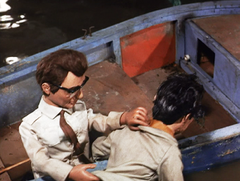 Pulled from the swamp

Mrs Files suggests that they call International Rescue and McGill sends out a plea for help. 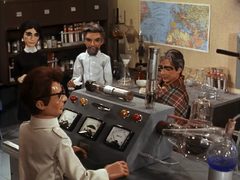 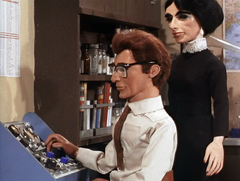 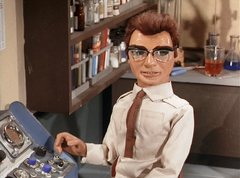 Dr. Orchard, Hector McGill and Mrs. Files shelter in the basement laboratory, which very quickly becomes unsafe as the alligators attack the house. Dr. Orchard is struck by a falling beam that knock him to the ground. As the building continues to crumble they move upstairs, hoping it would be safer. Scott manages to gain entrance to the house through a side window but is taken by surprise by Culp who Using a secret underground passageway built by the previous owner. Merging from behind a bookcase he shoots Scott's gun from his hand and disarms him. Culp intends to make a getaway with Dr. Orchard's theramine, threatening to pour it into the swamp unless he is given clear passage. He sets off in Dr. Orchard's Motor Launch. Suddenly a fourth alligator attacks Culp's boat and he is thrown into the swamp, Scott and Orchard watch in horror as the phial is lost in the swamp. 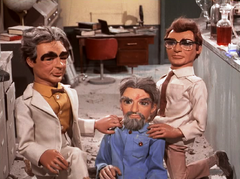 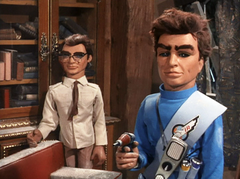 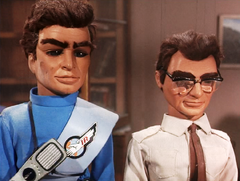 At the dockyard
Community content is available under CC-BY-SA unless otherwise noted.
Advertisement