Gordon's signature colour on his IR uniform is orange.

Gordon was named by his parents after Mercury 7 astronaut Leroy Gordon Cooper.

Gordon took up a different career path than his father and brothers, born of his fascination with the sea - becoming a highly-trained aquanaut with experience from the Submarine Service and the World Aquanaut Security Patrol (W.A.S.P.). During his time there, he commanded a deep-sea self-propelled submersible and spent a year beneath the ocean investigating marine farming methods. He also became a expert oceanographer, designing a unique underwater breathing apparatus (which would later be modified and improved, and is still used by IR).

As might be expected in such an environment, he became - and remains - an excellent swimmer; amongst the world's fastest freestyle swimmers, as well as a past Olympic champion in the Butterfly Stroke.

But the sea is both beautiful, and dangerous: sadly, he became involved in the crash of a hydrofoil speedboat travelling at over 400 knots, resulting in his spending four months in hospital. After recovering, Gordon went on to became International Rescue's top Aquanaut of TB4.

(Who has unwittingly swallowed a tiny edible transmitter, during lunch? Jeff wants to know...)
Gordon (protesting): "Oh, but father! I'd know if I'd eaten a transmitter!"
Jeff (firmly): "Go to your room, Gordon. And let's have no more of this childishness!"

Gordon is good-natured and high-spirited, notwithstanding his somewhat-off-the-wall sense of humour - which (as noted in the exchange above) sometimes annoys his father, Jeff. He also shares with his younger brother, Alan, a certain penchant for practical jokes.

When it's time to go to work, however, Gordon is all-business - possessing a strength and resilience that makes him a well-respected member of the IR organisation. He frequently accompanies his brother, Virgil, aboard Thunderbird 2 on rescue missions, is an expert marksman, and often undertakes high-risk special assignments (Operation Crash-Dive, Thunderbirds Are Go (film), The Stately Homes Robberies (TB65)). He's even made at least one trip up to IR's space station, Thunderbird 5, to assist his brother, John, with installing new equipment (Ricochet) - meaning he's also made at least one round-trip as a passenger aboard Thunderbird 3!

That said, he sometimes tends to impulsive acts. In Terror in New York City, when a dire emergency requires TB4 - and TB2, previously knocked out of action, is unable to provide transport to the danger zone - Gordon seriously, and vociferously, proposes that he make the transoceanic trip to New York himself in TB4. He's only dissuaded when his family protests that the idea is both dangerous and completely impractical, considering TB4 is a scout craft with neither the speed nor range to make it there in time.

According to the Thunderbirds Haynes Manual, Gordon enjoys going fishing and playing the guitar when he's off-duty. He's also an avid chess-player; and is often seen playing with Brains.

Gordon is seen writing with his left hand, but does other activities with his right hand - indicating that he too may be ambidextrous, like Virgil.

As the aquanaut of TB4, Gordon plays a vital part in IR's underwater rescue missions.

Gordon appears in 27 television episodes. The episodes he doesn't appear in are: Pit of Peril, Brink of Disaster, The Duchess Assignment, Path Of Destruction, and Lord Parker's 'Oliday.

In City Of Fire, The Cham-Cham, Vault Of Death, and Move And You're Dead, he appears only in a non-speaking role.

He also appears in the Thunderbirds 1965 episode The Stately Homes Robberies. 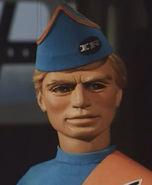 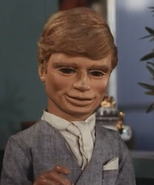 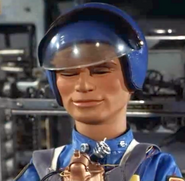 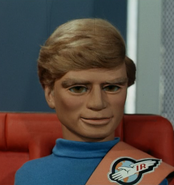 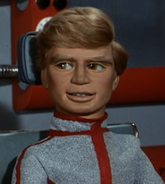 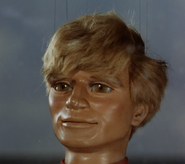