"Escape Proof" is the thirteenth episode of Thunderbirds Are Go! season 2, first broadcast on 7th January, 2017

A tunnelling vehicle belonging to the Mechanic leaves a plumber trapped in its wake and it is up to Virgil and Gordon to get him out while Lady Penelope and Parker explore a mysterious tunnel created by an unknown machine that's heading for Parkmoor Scrubs prison.

The Global Defence Force is locked out when they try to retrieve the Hood and are forced to evacuate when the Mechanic's Antlion steals the Hood's cell. During the escape into its tunnel, it encounters FAB 1 and pursues it along the tunnel.

Meanwhile Gordon and Virgil manage to rescue Horse, just moments before FAB 1 and the Antlion burst out from the ground, allowing the Hood to make it to freedom - and the GDF unable to recapture him.

Lady Penelope: "Where's a good exterminator when you need one?" 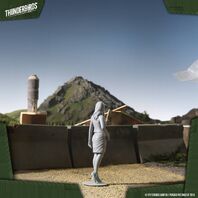 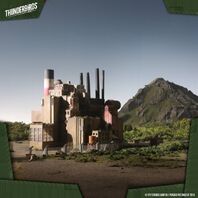 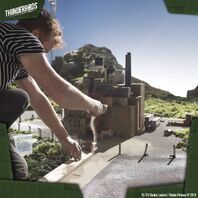