Trapped in the Sky
Martian Invasion
Thunderbirds Are Go (film)

The most popular type of police car seen, was the Dodge Polara in the classic black and white "Panda" police car paint scheme.

The Dodge Polara police cars were also used in several other episodes. 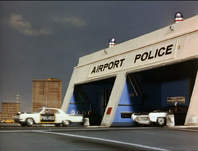 At London Airport in
Operation Crash-Dive 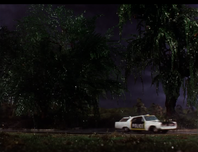 In Edge Of Impact

A white Police car with a blue "Police" sign on its side, was seen at Dover Missile Base in the movie Thunderbird 6. 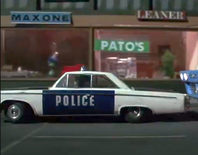