Dempsey was a member of the Erdman Gang seen in 30 Minutes After Noon. 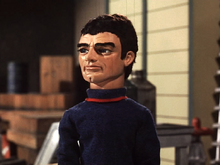 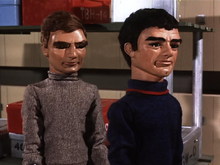 Dempsey goes to Glen Carrick Castle, as one of three men hired to break into a plutonium storage facility. At the castle, the leader of the gang explains by radio how they must disable the Plutonium Store's guard robots and plant explosives in the main storeroom before escaping by helijet. 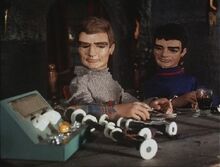 The plan goes as scheduled, but on arrival in the storeroom Southern pulls a gun on Kenyon and Dempsey. Unfortunately for Southern, he is attacked by a guard robot which has not been disabled and, held in its steel arms, he is helpless as Dempsey and Kenyon escape, trapping him in the storeroom with their bracelets. 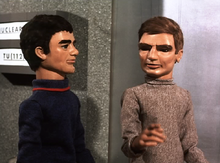 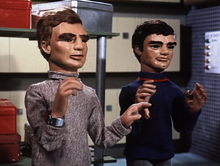 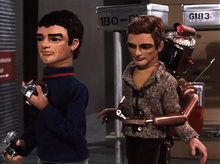 As the reactor station guard

In Thunderbirds Are Go
Community content is available under CC-BY-SA unless otherwise noted.
Advertisement