He voiced a handful of minor characters in the final three episodes of the Thunderbirds television series, but did not receive any credit for them. He also appears in the movie Thunderbirds Are Go, supplying the voice of four different characters: Dr. Tony Grant, the Angry Young Man, the Public Relations Officer, and Woomera Tracking Station. 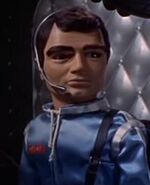 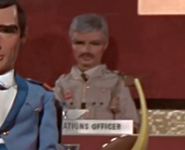