You may be looking for his imposter.

Captain Foster is a character from Thunderbird 6. He was supposed to be the Captain of Skyship One on its maiden flight, but he was shot moments before departure by the leader of the gang of criminals codenamed "White Ghost".

He was voiced by Gary Files. 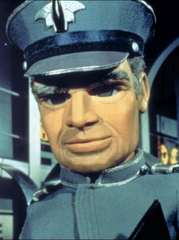 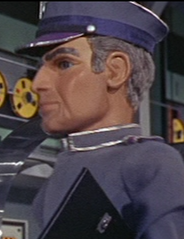 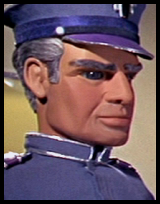