You may be looking for the 2015 incarnation.

Braman is a robot built by Brains, who appears in three episodes.

Braman is being developed by Brains which is being programmed to, among other things, beat Brains at chess. After being loaded on Thunderbird 2 by mistake (in crate number KW147-5), Braman is instrumental in calculating the transmitter frequency needed to save Thunderbird 3 from a collision course with the Sun. 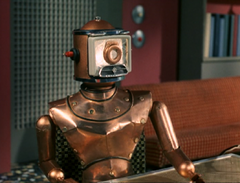 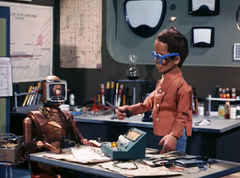 Braman in the lab 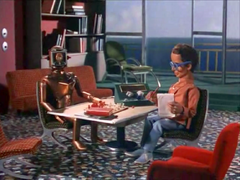 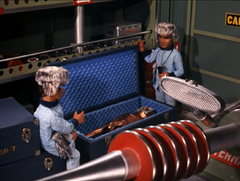 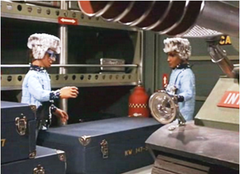 Brains realising Braman has been loaded onto Thunderbird 2 by mistake

Braman is seen in the background when Colonel Tim Casey flies over Tracy Island. 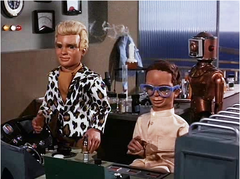 Braman standing behind Alan and Brains

Braman can been seen sitting in the corner of Brain's laboratory while Jeff watches on as Brains tries to crack the Cham-Cham. Notice he still has his Security Robot head, as seen in 30 Minutes After Noon. 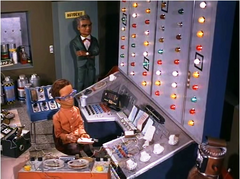 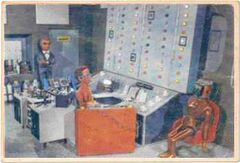 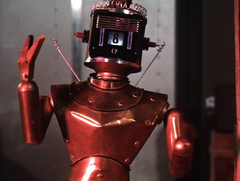 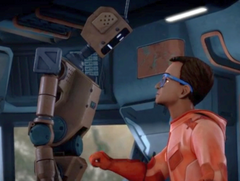