"One false move now and I've had it!"

Lieutenant Bob Meddings is a member of the air crew employed by Air Terrainean. When Fireflash had a bomb placed in its landing gear, Meddings conceived the idea of putting a man into the undercarriage using a TX-204 Target Carrying Aircraft.

He volunteered for the highly dangerous mission. Although the attempt failed when Meddings lost his grip and fell out of the wing, he survived the fall to the ground when his parachute deployed. 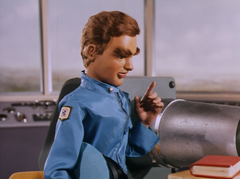 A million to one chance! 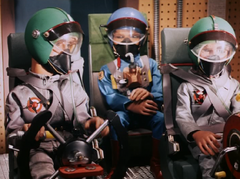 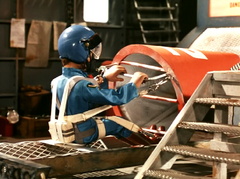 Bob gets ready to leave the plane 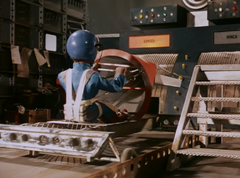 The target is released 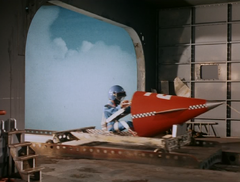 Out into the sky! 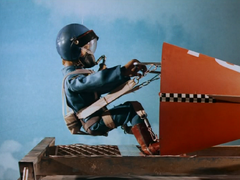 Meddings has a firm grip 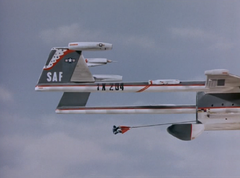 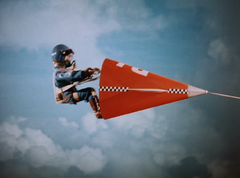 It's a long way down! 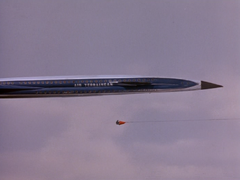 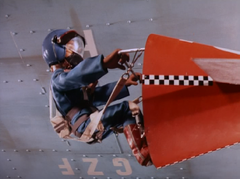 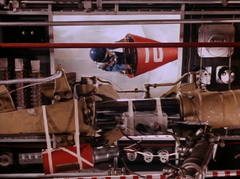 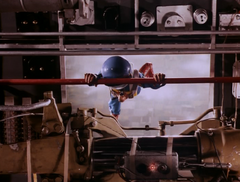 Meddings gets a grip 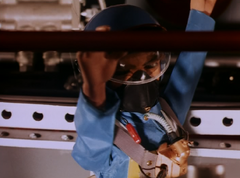 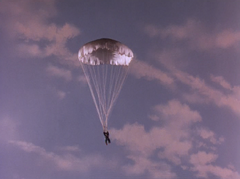 Grip lost, but safely down!

In Terror in New York City
Community content is available under CC-BY-SA unless otherwise noted.
Advertisement