Thunderbirds Wiki
Register
Don't have an account?
Sign In
Advertisement
in: Classic Thunderbirds, Move and You're Dead, Equipment,
and 4 more

The BR2 Lightning 505 is a racing car and is featured in Move - And You're Dead. It is powered by a new engine developed by Brains.

Alan Tracy raced with this car against his old rivals Victor Gomez and Johnny Gillespie in the Parola Sands Grand Prix. After holding Alan and Grandma Tracy at gunpoint, getting a ladder, forcing them to go up on a girder of the San Miguel Bridge (which wasn't due to open to the public for a couple of months) with an ultrasonic movement detector linked to a bomb on the underside of the bridge, Johnny and Victor stole the car for themselves and drove off in it. Victor and Johnny were fighting over the steering wheel when Scott Tracy chased after them in Thunderbird 1 firing warning shots at the car. The BR2 Lightning 505 then zoomed off a desert road, crashed through a fence, and fell to the ground below. The BR2 Lightning 505 was destroyed when it drove off the precipice at the end of the dirt road. 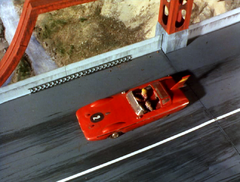 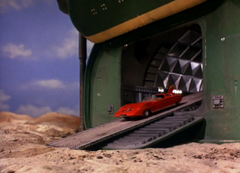 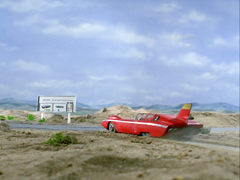 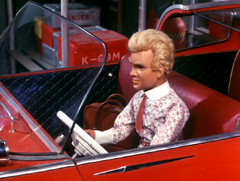 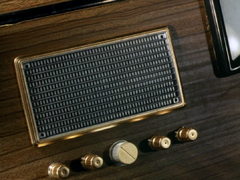 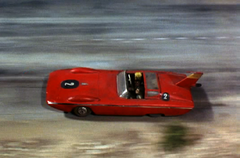 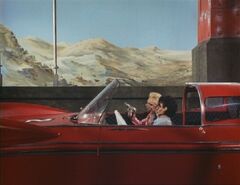 As far as is known, only two cutaway drawings of the BR2 Lightning 505 exist. Both were illustrated by Graham Bleathman. The first appeared in a Redan comic, and the other featured in the Haynes Thunderbirds manual. 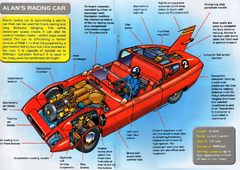 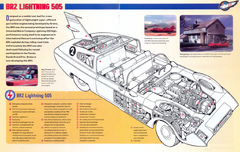 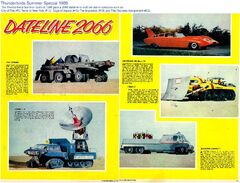 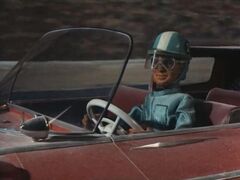 The puppet-size model in Move - And You're Dead 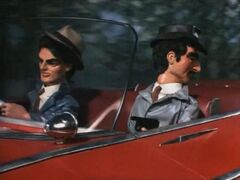 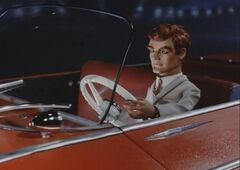 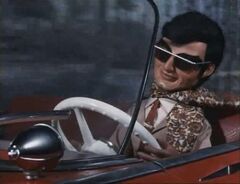 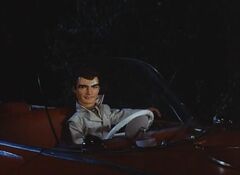 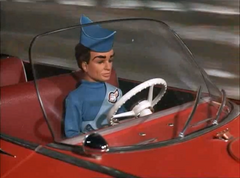 City Of Fire
Community content is available under CC-BY-SA unless otherwise noted.
Advertisement