Angel Coulby (born 30 August 1980) is an English actress. She made her television debut in the BBC comedy 'Orrible. She is best known for portraying the character Guinevere "Gwen" in the BBC fantasy series Merlin.

She is the voice of Kayo in the television series Thunderbirds Are Go!. In Fight or Flight she voiced the Captain of the Cargo Zeppelin Baross, and in Power Play, she voiced the operator of the Grand Sequoia Dam.

Kat Cavanaugh
(in Home on the Range) 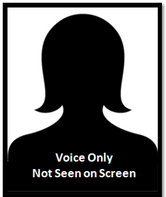 Captain of the Cargo Zeppelin Baross