The Aeronautical Research Station is a secure facility, where, among other things, top-secret plans for the AL4 Project are housed.

The AL4 plans were located in an underground vault. A criminal group, posing as International Rescue, faked a rescue near the Station in order to gain unrestricted access to the vault. While Jenkins operated the "rescue", Carela was supposedly the "victim" - but in reality he used the pretense to steal the AL4 plans.[1]

The fake TB2 on the landing strip 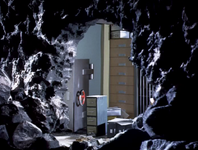 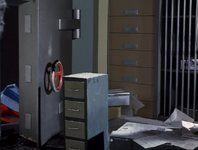